As the situation with coronavirus continues to change we are starting to see some businesses trying to get back to work. The most common question I am being asked at the moment, by employers and employees is whether an employee can refuse to return to work, and if they do, what are the consequences. 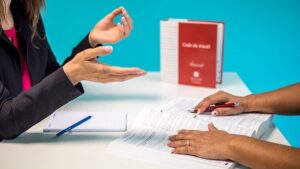 Although employment law is the same in Scotland and England, because the Scottish Government advice is now different from Westminster, employers north and south will have to take slightly different approaches. The advice in Scotland remains that if you can work from home, you should. There is, however, no rule of law on this but there is strong guidance on the questions you as an employer should be asking yourself before requiring staff to return. There are certain businesses that are required to be closed by law and in those businesses you couldn’t require an employee to return to work but any other business can look at re-starting as long as they can follow the guidance on protective measures. For example, tradespeople working in client homes can do so provided they can follow the rules on social distance etc.

The basic position is that an employer can require employees to return and if the employee refuses, that would be a breach of contract and could lead to disciplinary proceedings including dismissal. An employee would have a good claim for unfair dismissal in such a case if they could show that the employer was blatantly not following government guidance or did not have sufficient procedures in place to minimise the risk of infection. I don’t think a tribunal would require an absolute guarantee of non-infection as that would be too hard to enforce and indeed an employee could catch the virus while shopping and therefore it would be unreasonable to expect a 100% guarantee. It is likely that the test will be whether an employer took all reasonable steps within the terms of Government guidance.

If you have an employee who is refusing to return despite you having followed the proper guidance and preparation then you are in a difficult situation. The furlough scheme is still operational and the current information is that it will remain in its current form until the end of July. I suspect it will continue in some form after that but most likely at a reduced rate. My only slight worry about that is that employers need to keep records for five years and I would be concerned that where the only reason for keeping a worker on furlough is because they are refusing to return, HMRC might well say after the fact that this is not an acceptable reason. The qualifying requirement that the employee cannot do their work because of the virus might provide enough leeway but if most or all other employees are back to work, that might not be enough to satisfy HMRC that your claim was justified. Where an employee is refusing for justifiable reasons such as family members shielding or having underlying conditions themselves, it will be far more difficult for employers to insist on return to work and furlough would be justified. If, however, an employee is going about their life doing the shopping etc, and the workplace is properly set up in terms of Government guidance, then it will be far more difficult for them to justify refusal. In such cases an employer could consider asking the employee to use up leave or even agree to an unpaid leave of absence.

There is good advice on the government website covering sector specific employers but generally employers should carry out a thorough assessment of whether an employee has to come back to work; if they do can they work from home; if not, can the employer put in proper measures for safety such as PPE and social distancing; is the employee shielding or particularly vulnerable; and pay attention to any changes in Government Guidance. The onus will undoubtedly remain on employers to show that they have taken all reasonable steps in line with the law and Government guidance so it is important that employers plan properly for a return to business. Which is something we are all looking forward to eventually.

One thought on “Covid 19: Can an Employee refuse to return to work?”